4
SHARES
Share on FacebookShare on TwitterShare on LinkedInShare on Whatsapp

The main issue is to identify a possible new chemical solution or/and a new process for substitution of the nitrites and nitrates used as curing agents in the meat product and processes (mainly added as mineral) by natural substitutes others than plant extracts source/rich in nitrates (as celery or other green vegetables (swiss chard)).

Since many years these two additives have been used in the meat Industry as a preservative additive against clostridium and other bacteria, and for specific organoleptic properties such as colour, odour, taste, aspect, etc to improve the quality of the final meat products.

The elimination of these additives should not imply to assume risks on both, the preservation status quo, and the organoleptic characteristics. In other words, the new chemical substance or/and the new innovative process applied to replace these two additives should ensure that the final product maintains similar organoleptic characteristics and conservation levels identical to those obtained with nitrites and nitrates.

Currently we do not know if there are other chemical compounds or reactions that can substitute the nitrites and nitrates in the meat processed products under a scientific basis and providing a better future perspective regarding human health. It is also unknown how this new process is characterized and operationalized and how to measure their homogeneity and effectiveness.

Thereby not only new chemical solutions are interesting, but moreover also new processes and methods that can be applied in this context.

The company is headquartered in many European countries and in America and the main business is the production of Meat and dairy products.

There are different kind of meat products:

In the case of dairy products, yogurts, and milk desserts are the main products we make in America´s countries.

After analysing more than 800 scientific research, the WHO’s International Agency for Research on Cancer (IARC) published a press release about the carcinogenicity of red and processed meat.

After an exhaustive review of the scientific literature accumulated, a working group of 22 experts from 10 countries, called by the Program IARC Monographs, classified the consumption of red meat as probably carcinogenic to humans (Group 2A), based on limited evidence that eating red meat causes cancer in humans and strong mechanistic evidence supporting a carcinogenic effect.

Meanwhile, processed meat was classified as carcinogenic to humans (Group 1) based on enough evidence in humans that the consumption of processed meat causes colorectal cancer.

After the announcement, that was replicated by several media and caused a stir in social networks and among consumers, on 2018, October 29th the WHO issued an

explanatory note in which stated that in the last study of the IARC, “we are not asking people to stop eating processed meats but indicating that reducing the consumption of these products can decrease the risk of colorectal cancer”.

The problem appears from the communication of the carcinogenic effects caused by nitrites and nitrates in the colorectal tract. From here, it is the media and consumers / customers who demand the manufacture of meat products without preservatives and especially without nitrites and nitrates.

The following readings are advised:

·         IARC monographs on the evaluation of carcinogenic risks to humans.

Relevant scientific literature also assure that nitrates and nitrites are important biological compounds and that Nitrosation is an important feature of NO metabolism in human physiology and put under evidence that some of the studies related with carcinogenic risk of the nitrates and nitrites intake were low quality or not well-designed studies.

For several years, solutions based on plant extracts have been developed, some that require a fermentation in process by which indirectly added nitrates (plant extract rich in nitrates) are transformed into nitrites and thus combine with hemoglobin to form Nitrosomyoglobin, conferring the characteristics and typical properties of the cured products. This technology continues to provide this type of preservative indirectly, so no claim related to its absence can be used.

Other extracts based on natural antioxidants, which do not provide nitrates or nitrites, are currently on the market, and can be a solid way to guarantee regularity and consistency in the results.

The main stages of the general process of manufacturing processed meat, nitrites and nitrates are applied as follows:

Ham + Brine (includes the nitrites).> injected the brine in the ham> tumbling with vacuum> molding in bags/stuffing in casing> cooking and chilling> packaging

Turkey breast > grinding> Brine (includes the nitrites).> Mixing the brine and the ground turkey breast with vacuum> molding in bags/stuffing in casing > cooking and chilling> packaging

Currently we do not know if there are other compounds or reactions known in other markets or technology platforms that could be applied in our processes for replacing the use of nitrites and nitrates in the meat processed products (dry, cooked) under a scientific basis and providing a better future perspective regarding human health. It is also unknown how this new process is characterized and operationalized and how to measure their homogeneity and effectiveness.

The benefits obtained in the case of finding a reliable, regular, and effective solution is to be able to ensure a real communication of the absence of this type of additives with full guarantees.

The use of claims regarding the removal of these additives.

Another benefit could be increase consumer confidence in processed meat products and comply not only with current legal requirements but also with those that are expected to come limiting or prohibiting the use of nitrates and nitrites in the production of meat products.

So, the benefits of possessing a new technology/solution in this context would be that in the future, the company could provide completely new technologies/solutions to our markets that would in the end replace the currently known standards.

Maintenance of all the technological properties provided by nitrates and nitrites in the meat products intact (clostridium and other bacteria inhibition, colour stability, texture, etc.).

The solver must provide, at least, a physical prototype with the solution proposed, and arguments and testing which demonstrate the solution comply with the requirements of the Seeker. If the solution is a new process, it should be realistic and able to be scalable.

Antibacterial test about the efficiency of the candidate extracts against pathogenic bacteria as Cl. Botulinum or similar

We would like to have analytical results of nitrates and nitrites in the compound, and in the initial and final produced products.

The solution should fulfil or come to all the expected requirements and parameters.

All solutions that contain toxic substances for human health should not be considered.

Plant extract that directly and indirectly have nitrites and nitrates

The seeker wants to buy the Patent (if there is one) or to have exclusivity conditions in the following countries: Portugal, Spain, France, Belgium, Holland, Italy, Romania, Mexico, Germany, United States, Costa Rica, Peru, Ecuador, Rep Dominicana, El Salvador, ….

Identify a Non-destructive system to check purity of Gold Jewellery 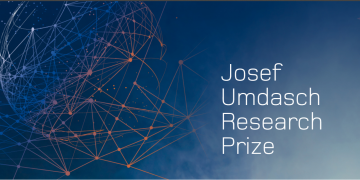 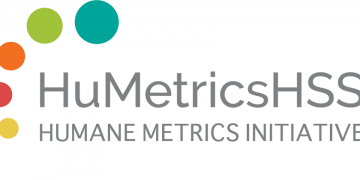