The 2021 Jean Monnet Prize is organised under the patronage of the European Parliament and with the support of our pro-European partners.

Despite its shortcomings, delays and mostly online work, the Conference on the Future of Europe is already proving, via the thousands of contributions on its platform, the breadth of citizens’ expectations for our future institutions and the importance of placing citizens at the heart of Europe’s future. For the fourth time, EuropeanConstitution.eu will support citizens’ engagement in the promotion of Europe and European integration by awarding the Jean Monnet Prize. We look forward to receiving your applications.

The full statute of the 2021 Jean Monnet Prize can be consulted here.

All projects either implemented or under implementation promoting European integration can apply to the Jean Monnet Prize.

You bring European citizens together across borders? Apply! You create or facilitate exchange programmes within the EU? Apply! You contribute to language learning or cultural encounters? Apply! Your project promotes the discovery of European history or shared knowledge about our heritage? Apply!

We believe that people’s imagination and creativity are endless; this is why we are opening wide the range of projects we can support. If your project relates to the EU, we want to hear about it!

The Prize was awarded to the Home is Where the Herz Is project, which gives a voice to the ten largest communities that have made the city of Vienna their home. The project consists in ten special editions of the Metropole magazine featuring content from young Viennese journalists with roots in the communities.

The first runner-up was the Voters Without Borders campaign, a European Citizens’ Initiative aimed at providing citizens residing outside of their Member State of citizenship with full electoral rights. The second runner-up was Mia Europo, a youth-oriented magazine helping the next generation of Europeans discover and understand Europe — a Europe they are already a part of and yet hear very little about.

The 2019 edition of the Jean Monnet Prize was awarded to ZEIT Online for their Europe Talks project, bringing thousands of citizens into one-on-one discussions ahead of the European elections.

Runners-up were the University of Tirana, for its support of Albania’s accession to the EU, and Mathilde and Sophie Hériaud, for their citizen-oriented project Toi d’Europe. Read here for more information about the 2019 edition.

Awards:- The Jean Monnet Prize for European Integration aims at honouring Jean Monnet’s memory and life achievements. It does so by rewarding talented individuals or groups having contributed to supporting or strengthening European Integration through a project they designed and implemented. The winning project receives a €1,500 grant. 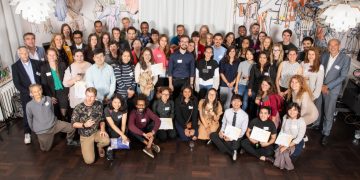 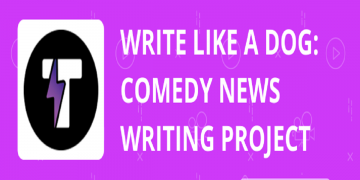