We are looking for a solution to the Automation of dosing of chemicals in the CF tank for Flocculation and clarification.

8
SHARES
Share on FacebookShare on TwitterShare on LinkedInShare on Whatsapp

Tannery waste is treated in our Effluent Treatment Plant (ETP). Clari-flocculator is a combination of flocculation (sedimentation of suspended particles by adding clarifying agents) and clarification (Removal of sediments/residue) in a single tank. Solution for Automation of dosing of chemicals in CF tank for Flocculation and clarification is sought.

Clari-Flocculator (CF tank) has two concentric tanks where the inner tank serves as a flocculation basin and the outer tank serves as a clarifier. As heavy particles settle to the bottom, the treated effluent flows upward in the clarifier zone. The deposited sludge is moved to the bottom near to the sludge chamber and discharged. The height of the CF tank is 3 meters and the diameter is 7 meters. The average inflow of effluent into the CF tank is 20 m3/hr.

After pumping the effluent in the flocculation basin, chemicals like Lime, Aluminium sulfate, Polyelectrolyte are dosed/pumped into the tank. These chemicals are pumped in through dosing pumps. The reason for adding these chemicals is to sediment the suspended particles and to make it to the desired pH for the treatment of effluent. The sample liquid is taken for a jar test which is conducted in the laboratory to determine the optimal amount of above three chemicals dosed per m3/hr flow for flocculation and clarification. The Jar test is conducted only when there is a change in the operation of the Plant.

At present, the chemicals are dosed manually by adjusting the knob on the dosing pump, which, if inaccurate, leads to various problems like an improper settlement or undesired composition of treated effluent.  We are looking for an automatic chemical dosing system that can: 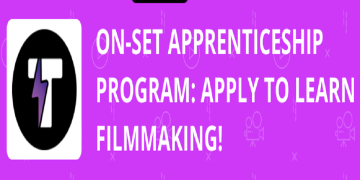