Promoting excellence in journalistic coverage of the Asia-Pacific region

12
SHARES
Share on FacebookShare on TwitterShare on LinkedInShare on Whatsapp
The Shorenstein Journalism Award, which carries a cash prize of US $10,000, recognizes outstanding journalists who have spent their careers helping audiences around the world understand the complexities of the Asia-Pacific region, defined broadly to include Northeast, Southeast, South, and Central Asia and Australasia. Award recipients are veteran journalists with a distinguished body of work. News organizations are also eligible for the award.
The award is sponsored and presented by the Walter H. Shorenstein Asia-Pacific Research Center (Shorenstein APARC) at Stanford University. It honors the legacy of the Center’s benefactor, Mr. Walter H. Shorenstein, and his twin passions for promoting excellence in journalism and understanding of Asia. It also symbolizes the Center’s commitment to journalism that persistently and courageously seeks accuracy, deep reporting, and nuanced coverage in an age when attacks are regularly launched on the independent news media, on fact-based truth, and on those who tell it.
An annual tradition, the Shorenstein Journalism Award alternates between recipients whose work has mostly been conveyed through American news media and recipients whose work has mostly been conveyed through news media in one or more parts of the Asia-Pacific region. Included among the latter candidates are journalists who are from the region and work there, and who, in addition to their recognized excellence, may have helped defend and encourage free media in one or more countries in the region.
The award ceremony is held at Stanford in the autumn quarter. The presentation of the award is followed by the honoree’s keynote address, which headlines a public panel discussion on a topic relevant to his/her work.

The Award Selection Committee presides over the judging of nominees and is responsible for the selection of honorees. The current members of the committee are: 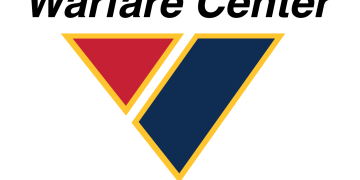