The Health for All Film Festival Competition

Since its first edition in 2020, the Health for All Film Festival aims to recruit a new generation of film and video innovators to champion global health issues, inviting independent film-makers, production companies, NGOs, communities, students, and film schools from around the world to submit their original short films about health.

In an extraordinary demonstration of creative energy and enthusiasm for telling public health stories, each edition in 2020 and 2021 attracted an average of 1250 short film submissions – both amateur and professional – from 110 countries. In 2021, more than 40% of the short films featured themes related to COVID-19, revealing the pandemic’s pervasive and universal consequences. Our film festival has therefore demonstrated that audiovisual language can be used more and more to concretely contribute to health promotion and health education.

WHO is delighted that acclaimed artists from the film and music domains, as well as humanitarian activists, have accepted the invitation to participate in the Health for All Film Festival jury. You can check the jury composition for each edition from our festival homepage.

In submitting a short film, the copyright owner of the film has to choose one category of competition among the three described below, which relates to WHO’s global health goals set out in the Thirteenth General Programme of Work (GPW13):

Universal health coverage (UHC) – films about mental health, noncommunicable diseases (NCDs) and other UHC stories linked to communicable diseases not part of emergencies;
Health emergencies – films about health emergencies, for example COVID-19, Ebola, disaster relief and health in war-zones;
Better health and well-being – films about environmental and social determinants of health, such as nutrition, sanitation, pollution, gender, and/or about health promotion or health education.
For each of these three GRAND PRIX categories, candidates can submit short documentaries, fiction films or animation films of three to eight minutes in length.

Additionally, some special prizes are attributed to short-listed videos not receiving a GRAND PRIX. You can check the awarded films for each edition from our festival homepage. 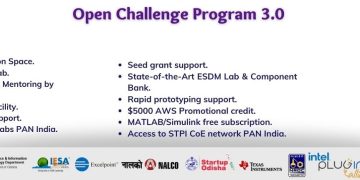